We use cookies to ensure that we give you the best experience on our website. If you continue to use this site we will assume that you are happy with it.Ok
Return to previous page
Home

Welcome to the Verne Collection

The Verne Collection of contemporary Japanese prints and paintings was established in 1953 when my parents lived in Japan for two years. In the beginning we specialized in ukiyo-e (floating world prints). The collection began to grow and included works from such well known and respected Japanese artists such as Utamaro, Hiroshige, Hokusai, Kunisada, Yoshitoshi and other important Japanese printmakers from the 18th and 19th century. With the help of contemporary Japanese print experts like Oliver Statler, Frances Blakemore, Yuji Abe and Norman Tolman, the collection grew to include sosaku hanga and contemporary Japanese prints. Artists such as Koshiro Onchi, Shiko Munakata, Kiyoshi Saito, Umetaro Azechi, Ryohei Tanaka, Katsunori Hamanishi, Toko Shinoda and many others were added from the 1960’s to the present. The shin hanga artists like Kawase Hasui, Ito Shinsui, Torii Kotondo, Hashiguchi Goyo, and Hiroshi Yoshida would become an important part of the Verne Gallery in the 1980’s.

Almost one hundred years after the western artists such as Bertha Lum, Helen Hyde, and Charles Bartlett, the Verne Collection would become one of the most important galleries in the world for present day western artists in Japan. Clifton Karhu, Daniel Kelly, Brian Williams, Sarah Brayer, Joel Stewart, Micah Schwaberow, Margaret K. Johnson, and Joshua Rome would emerge as some of the leading printmakers and painters in Japan and throughout the world.

The Verne Collection exhibits in the top shows in New York, Los Angeles, San Francisco, Miami and Washington D.C.. Our gallery is located in Little Italy in Cleveland, Ohio; a few minutes from the Cleveland Museum of Art.

In these times when life seems to have sped up on many levels, I invite you to take in the quiet elegance of the work of the artists in the Verne Gallery. I hope you enjoy our new web page. 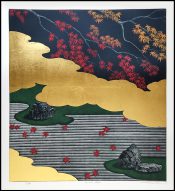 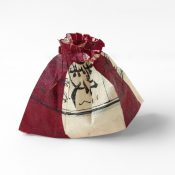